It has been sweltering hot in Rhode Island and with any luck you have found yourself at one of the many beaches around the state, enjoying a cool breeze, swimming in those delicious waves crashing onshore.

If you are in South County you an also catch some very tempting waves at the Charlestown Gallery where Antonia Peeples is exhibiting a group of her newest oil paintings in a show entitled Water Works.

Clearly an accomplished painter, Peeples expertise lies in depicting water, specifically ocean water. Attracted by the universal appeal of the ocean she uses photographs of waves taken along the beautiful beaches of the region as inspiration for her paintings.

If you have been near the ocean, any ocean, you are familiar with what Peeples is showing us in paintings like Primal Dance. Cresting waves, on the cusp of crashing, with the color of the water changing from blue to turquoise to green, and in the foreground, water in turmoil, created by the previous wave, running into white foam, hovering on the surface of the ocean.

You have seen crashing waves like the one in Citrine Window, and you recognize the hue of the water getting lighter near the breaking point. With the water changing from lime green to a pale yellow under it's splashing crest, back-lit by the a midday sun, the painting is seemingly glowing as the wave breaks leaving the foreground a frothy white. And while you can almost hear the gurgling and thrashing sounds, you can look through the wave into the picture, being sucked into the image. 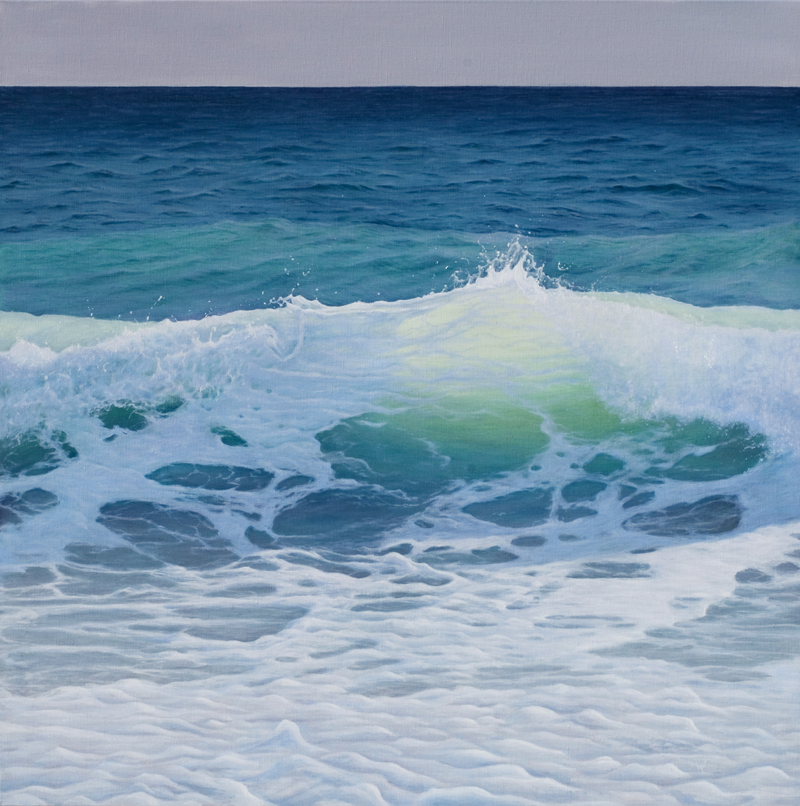 At first glance one may mistake these paintings for photos, but upon closer inspection it's becomes clear that they are not.

They are oil paintings, with layers of opaque and translucent oil paint masterfully set against each other to show color, light, reflection, and transparency of the ocean water, like in the windswept veil of a breaking wave.

Striving to capture the serenity of the ocean, Peeples tries to find the balance between photorealism and the emotional essence of a particular scene. She explains, she works “on the painting until a balance between what is seen and what is felt is achieved”.

Earlier works have included rocky shores, birds and dunes with sea grass but all those elements fade compared with the depictions of water. The compositions are strongest when the distractions of these elements fall away. Peeples ability to render a material, in this case water, to the point that the viewer can taste and feel its cool wetness, is most convincing when standing alone.

This ability to generate a visceral reaction is especially striking in Sultry Blues, the most abstracted painting in the exhibit. A close up of a lazy summer afternoon wave, without horizon, lapping gently, without crests and foam, Sultry Blue is the most seductive with its suggestion of the water's ability to cool and refresh. As you imagine the movement of the water, you are drawn in, wanting to touch it and feel it, and be immersed in this delicious wetness.

Next stop: a nearby beach to satisfy the strong urge to jump in the water! 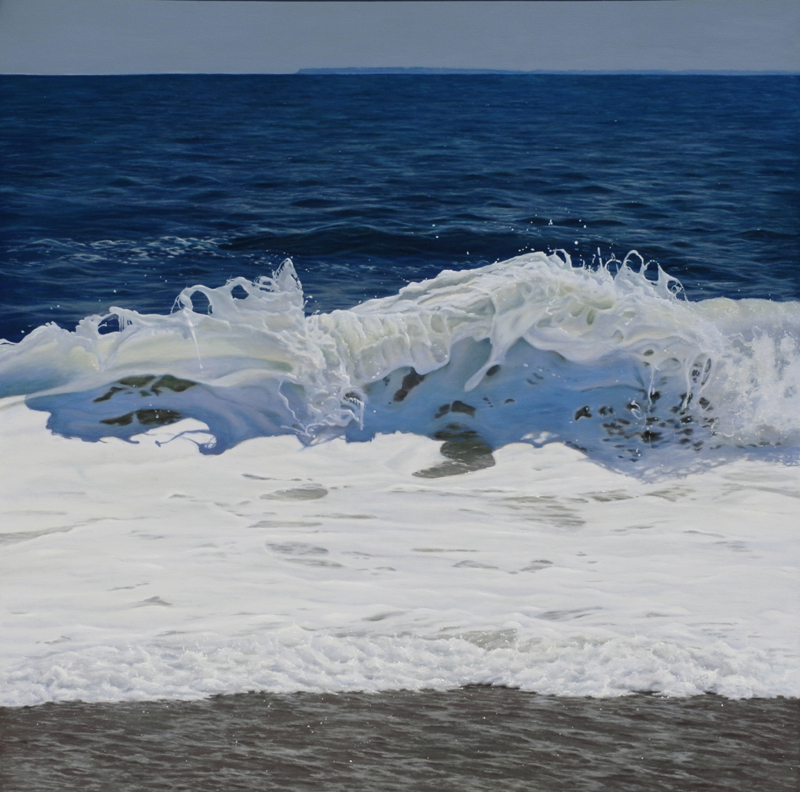